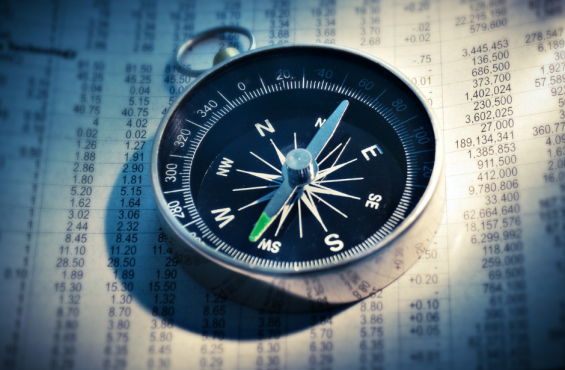 If you started investing in the last 10 years, it may be hard to fathom that US stocks won’t always be in favor. US large-cap growth stocks have led the market for the last decade and they have repeatedly bounced back from any setback.

But history shows that the US large-cap growth trend is likely to give way to something new, and investors who don’t adapt could get left behind.

Investment themes over the decades

Ruchir Sharma, chief global strategist at Morgan Stanley and the author of two books on global economic trends, has found that each decade going back to the 1960s has had one dominant investment theme.

In the 1980s, Japan seemed unstoppable, but in the 1990s, the theme shifted to US technology stocks. Emerging markets and commodities took the lead in 2000, and then US mega-cap stocks came into favor in the 2010s.

What areas of the market will lead in the 2020s? In hindsight, you can match each decade with its particular theme. But in real time or even on a year-by-year basis, it’s much more difficult to identify.

There’s no way to know in advance what the next theme will be. Investment themes don’t follow a calendar; they develop over time. They also may not be in favor every year of their particular decade. For instance, even though US technology stocks ultimately dominated the 1990s, foreign markets led in 1993 and 1994. Emerging markets outpaced US stocks in 2010 and again in 2012 in the midst of what we now know was a US decade.

There is one pattern that Sharma has observed: the stocks that lead in one decade often do poorly in the following decade—which doesn’t bode well for US mega-cap stocks.

“If history is a guide, the 2020s will be anything but another American decade,” Ruchir Sharma wrote in the New York Times. “Economic trends that define one decade rarely define the next.”

What’s your plan for changing markets?

So if US large-cap growth stocks won’t necessarily be the best place to invest in the next 10 years, what should you do? Since themes don’t follow a calendar, the US trend could continue for a while longer. Besides, if you sold US large-caps now, what would you buy instead? Small cap stocks? Foreign stocks? Value stocks? It’s anyone’s guess.

When you invest in the FundX Funds, you don’t have to worry about what to do when the market changes—we’ll do it for you.

The FundX Funds are designed to adapt to a wide range of market themes. The FundX Upgrader Fund (FUNDX), for instance, owned emerging market and foreign funds while they were in favor in the 2000s, and when markets changed, we shifted into US large-cap growth funds in the last 10 years.

FUNDX makes it easy for investors to own a professionally managed portfolio of core stock funds that actively responds to changing market trends.

Invest at your broker or directly

You can invest in FUNDX at most major brokers, including Charles Schwab and Fidelity, often without transaction fees. You can also invest directly through our shareholder services: call 1-866-455-3863 to get started or you can set up an account online

FUNDX makes it easy for investors to own a professionally managed portfolio of core stock funds that actively responds to changing market trends.

How to Capitalize on Foreign Trends
Market themes tend to change in each decade, and since US markets...
Read more
Related Funds
XCOR FundX ETF