Having realistic expectations can help you stay invested even when things don't go your way.
Print

How can you stay invested through steep market declines? It starts with getting the facts rather than getting caught up in common misconceptions. Having realistic expectations about the ups and downs of long-term investing can give you the confidence and resilience you’ll need to stay on track even through challenging markets.

Fact: Markets have fallen every year since 1980.

Market declines are normal and should be expected. Since 1980, the S&P 500 Index has declined at some point every year, as you can see on the chart, even in years that ended with good gains.

Most of these intra-year drawdowns were in the 5-20% range, and the average drop during a calendar year was a decline of about 14%. More severe declines, like 2008, tend to be outliers.

On average, the S&P 500 has experienced a few 5% pullbacks and one 10% correction a year. While bear markets (a drop of at least 20% peak to trough) have usually occurred every 3 to 5 years. But markets can and have gone through many years without a correction or a bear market. 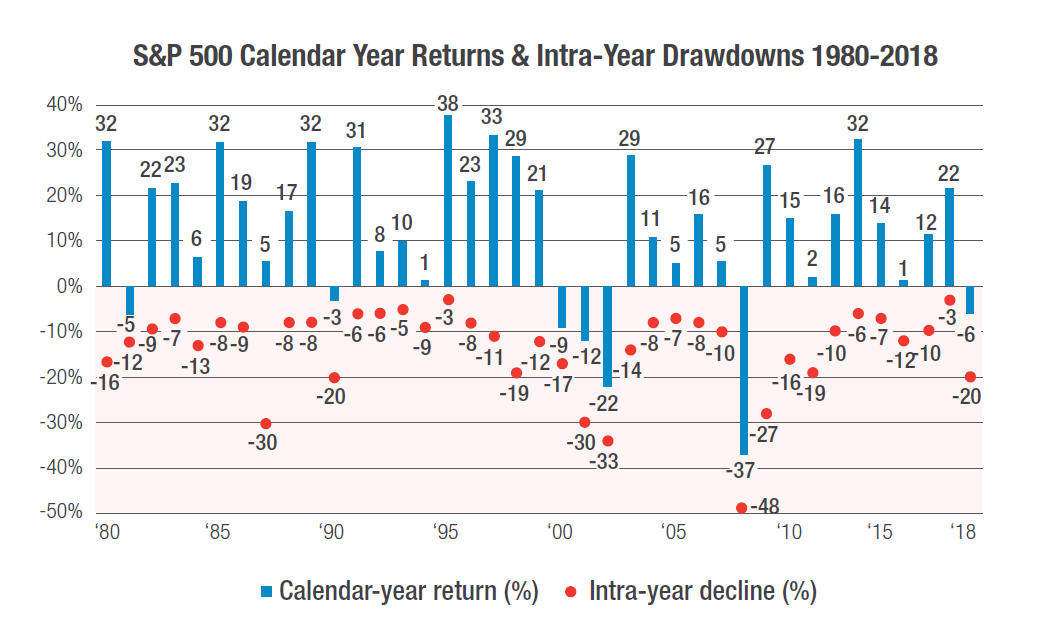 Myth: Bear markets are all the same.

Fact: There are important differences between bear markets.

When you think about bear markets, your mind probably jumps immediately to the 2007-2009 decline. It’s the one that happened most recently, and it was also the worst decline most of us had ever experienced, so it’s the one we remember most vividly.

But most bear markets aren’t like the 2007-2009 crash. That one was unusual in that there was nowhere to hide: every area of the stock market fell precipitously. In other bear markets, some stocks have held up better than others. In the 2000-2002 bear market, for instance, growth stocks, mostly technology names, plummeted, while other areas of the market, like value stocks, had gains.

The 2007-2009 bear market was also more severe than others. Many previous bear markets have been relatively short and shallow, and almost all have been followed by very strong gains.

Myth: You’ll know when a bear market’s over.

Fact: Bear markets are only clear in hindsight.

Sentences end with a period, and movies are over when the credits roll, but what happens at the end of a bear market? Stocks go up—but stocks can also go up during bear markets. The fact is, market cycles are only truly clear in hindsight.

As investors, we have to make decisions today without knowing what future markets will do.  When markets are falling, you may feel like it’s best to step away from your investments and wait until things settle down, but how will you know when to get invested again? By the time most people recognize that stocks have bottomed, stocks are generally well off their lows. Many investors regret selling into declines and find that they would have been better off staying invested.

The S&P 500 Index is a broad-based unmanaged index of 500 U.S. stocks, which is widely recognized as representative of the U.S. equity market. It is not possible to invest directly in an index. 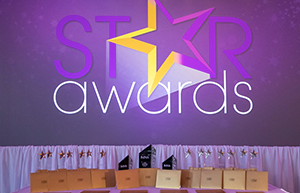 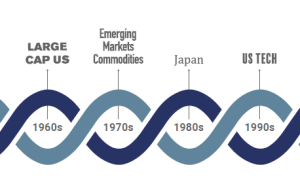 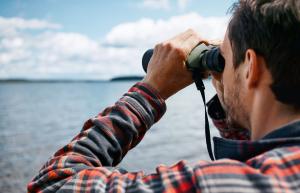 How to Stay on Track When Markets Fall
Over the long term, stocks have had terrific gains, and if you...
Read more